HomeTECHNOLOGYData Hubs: Why They Should Be At The Centre Of The System...
TECHNOLOGY

Data Hubs: Why They Should Be At The Centre Of The System Landscape 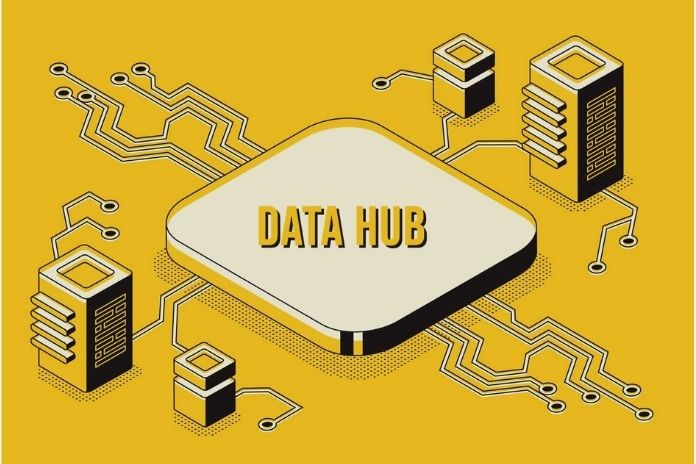 In most companies, the ERP system still functions as the central hub to bring all systems together. However, it was not initially developed for this role, which often leads to innovation backlogs.

Today nothing works in any company without data. Whether financial accounting, digital sales, production or logistics – every department depends on the rapid transfer of information from the other corporate divisions to work strategically and efficiently. The internal flow of data employing data hubs plays a critical role today for the success and innovation of the company. How is data managed in companies nowadays? In most cases, so-called Enterprise Resource Planning, or ERP systems for short, act as the central transshipment point.

The Misunderstood Role Of ERP Systems

ERP applications have initially been developed as software for material requirements planning in the 1980s. Their only task was to connect the areas of purchasing, production and sales. Numerous expansions and interfaces to new areas followed over the decades. These included customer and supplier management, business intelligence and e-commerce. So it came about that ultimately more and more data ran through the ERP, and it moved from the edge to the center of the system landscape. With the increasing complexity of corporate structures and their data pools, however, negative experiences with ERP applications at the center of the data flow are increasing simultaneously. Many companies have found that their dependency on one provider is expanding.

How do these noticeable problems come about? On the one hand, slow databases stand in the way of ERP systems for their increasingly complex role as a data hub for the entire company. In addition, the ERP cannot fundamentally harmonize the incoming and outgoing data streams. Instead, the system has to transform these at both interfaces. If that wasn’t enough, there is also the generally poor integration ability: If individual plans have to be renewed or replaced, this automatically affects the data path to all other systems. Development teams, therefore, often have to set up new, improvised data flows in brutal ways to ensure that the existing applications can continue to run smoothly.

However, the disadvantages of the ERP system as a data hub result in restrictions for IT and the entire company. Because the inefficient detour of the data via the ERP acts as a brake on company dynamics and innovation since many processes have to adapt to the system due to the high level of integration effort, they can no longer be freely designed; the system architecture limits itself. In addition, the additional effort drains valuable resources and can often nip promising initiatives in the bud.

However, to solve these problems from the ground up, it is hardly sufficient to replace the ERP application as the core system with another system, for example, for Product Information Management (PIM). Instead of an alternative application, the primary data architecture has to be rethought and adapted to the modern requirements of internal company data management. This is where the new concept of data hubs comes into play.

The primary idea behind a data hub is to place a central layer that is like a spine between the other system layers of the company. This layer has the complete data structure sovereignty, including the status changes of all data records and bundles the role management and the interfaces. All production, financial accounting, commerce or customer relations systems are connected to the hub via standardized interfaces and can quickly and easily exchange data via the hub API.

In contrast to the linear and branched communication in the ERP system, the hub internally uses a harmonized standard data structure that does not depend on the other systems. In this way, data can be transferred as required, and flexible connections can be established with other IT systems. The resulting great independence of the data hub also simplifies its implementation at the same time. The corner is initially set up entirely separately from the rest of the IT. In contrast to the monolithic structure of the ERP, it consists of three components:

Move The Data Hub To The Cloud

Once these components have been put together, data hubs can still be tested and optimized separately from other applications. Only when the services meet the respective requirements will the corner be gradually connected to all systems. The significant advantage: In this phase of the gradual migration, the old and new data architecture can work in parallel. This means that the data layer can also be introduced during ongoing operations. As soon as the hub is connected to all applications, the old infrastructure can be switched off.

To ensure that the hub and the data it contains are optimally protected against failure and loss, it is advisable to relocate it to a cloud. In contrast to on-premise solutions, large cloud providers such as Azure or AWS can secure the performance of the database to a much greater extent and absorb and compensate for increased loads. The data hub in the cloud offers maximum reliability and scalability even with the company’s most varied requirements.

Similar to the limitations of the ERP system, the positive effects of the data hubs are now impacting the entire company. In this way, new links can be established through the central data system that was previously difficult to achieve. This makes intelligent shopping based on user behavior, marketing or external weather data easier. But also the recognition of process-related correlations or possibilities for increasing efficiency. The data required for this are already available beforehand. The only difference is that they are now stored centrally, harmonized and not redundantly in a pool to which all systems have direct access.

It turns out that the flow of data in a company also has a decisive impact on its flexibility and ability to innovate. However, for their data to be used intelligently and in a way that adds value, companies must first overcome old and monolithic structures for data storage and processing. Only a neutral and harmonized data hub can companies regain control and sovereignty over their data treasure.