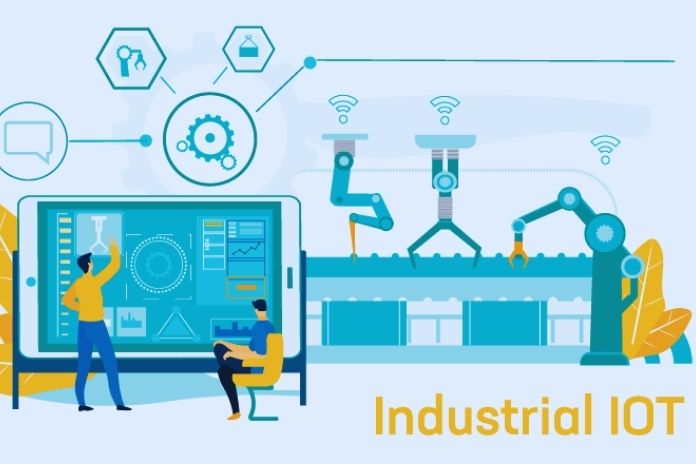 Industrial and industry-related companies are increasingly recognizing the potential of the Industrial IoT but face numerous implementation challenges. To implement IIoT

In the meantime, around 42 percent of the companies surveyed have implemented projects in the Industrial IoT or are in concrete piloting. A further 47 percent are planning and evaluating. Edge computing is particularly relevant for the industrial sector. Twenty-four percent of respondents say they are already processing data at the edge. Another 60 percent are currently examining the added value in pilot projects or planning to do so. The IoT-friendly application profiles of 5G are convincing: by 2021, 73 percent of the companies surveyed want to use 5G for IoT projects.

Industrial IoT: Almost Half Of The Companies Are Planning New Projects

In July 2019, IDC surveyed IT and specialist decision-makers from 258 organizations with more than 100 employees from the discrete manufacturing, process-oriented manufacturing, energy, water supply and waste disposal, trade and transport, logistics, and traffic sectors to gain insights into the previous application, Receive implementation plans, technology decisions, challenges and success factors of the Industrial Internet of Things.

Industrial IoT: The Manufacturing Industry Is At The Forefront When It Comes To The Implementation

However, there are apparent differences in the individual industries. The manufacturing companies (discrete and process-oriented manufacturing) are mainly progressive in implementing IoT initiatives. The utilities and disposal companies, on the other hand, are more often than not in the pilot phase, while every second company from the retail sector is still planning and evaluating.

Internal Optimization Is The Main Driver For IoT Projects

A critical catalyst is, above all, the integration of IT and OT to extract more value from data: Around 27 percent of the company representatives surveyed consider this step to be a critical development for the company. Seventeen percent even go so far as to assess this activation of the synergies of both worlds as business-critical and thus make the company’s existence dependent on the success of this task.

There are many reasons for this assessment, but they also clarify why IoT is given so much importance. By far, the two most important reasons for dealing with IoT and thus opportunities are 40 percent cost reductions and 35 percent improvements in internal efficiency and productivity. Securing competitiveness through classic internal optimization is clearly in the foreground. Twenty-seven percent want to address new customers, and 26 percent want to improve the customer experience, for example, with new, data-based services.

Increasing Tendency To Use IoT Platforms

To achieve the above goals, however, data must first be collected and analyzed. The IoT platform organizes this step. It is, therefore, no coincidence that the level of deployment for IoT platforms, at 28 percent, is almost the same as the actual implementation of IoT projects. Where in-house developments are initially sufficient for pilot projects, actual implementations, according to IDC’s observations, lack the performance and scalability of a professional platform. For 23 percent of industrial companies, broad support for as many devices, protocols, and standards as possible is essential.

The IoT platform takes on a central function and plays a significant role in IT / OT integration. IDC predicts that as early as 2020, around 70 percent of companies actively involved in IoT will be using IoT platforms. At the same time, half of the platform users will then use several platforms simultaneously to cover the needs of all their application scenarios.

At the end of 2018, twelve percent of all companies across industries were using edge computing; according to the current study, they are significantly higher at 24 percent. The organizations in this country show that the “time to value” of the data, shortened by relocating the data analysis to the place of data generation, is significant to them. Therefore, the resulting significantly faster transactions, including real-time processing, are the most significant driver for 34 percent of companies. Another practical effect and reason for use for 32 percent of companies: The sometimes large amounts of data do not have to leave the company, which saves costs for an alternative analysis in the cloud or frees up capacities for other analyzes in their own data center.

“We are assuming that 40 percent of IoT analyzes will take place at the edge by 2022,”. “The core data center, whether in the company or the cloud, will remain relevant for comprehensive and computationally intensive analyzes. What is essential is the performance and cost-optimal balance between the cloud, your data center, and the edge. “

ALSO READ: Five Tips For Mobility Projects In The Industry