HomeGADGETSIs Honor's Phone Good, Or Is It Just Another One?
GADGETS 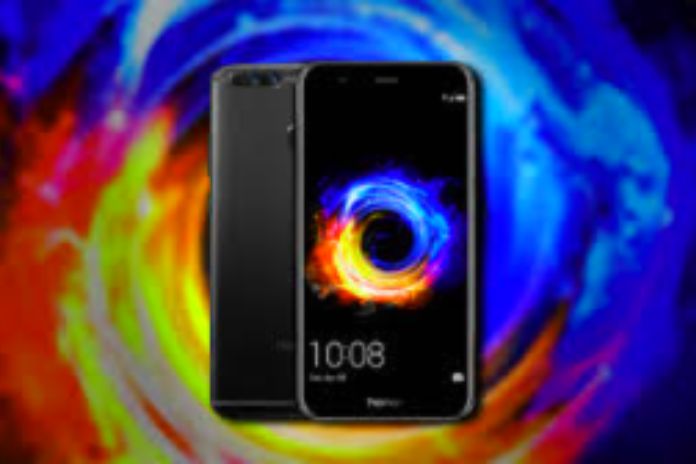 Honor’s Phone: Have you heard about the Honor cell phone? Before discussing their products, let’s learn about the brand. The honor was created in 2013 as a subsidiary of Huawei, born to fill the gap between mid-range and premium smartphones at affordable prices.

A year after being founded, the brand began to launch its products in countries other than China. In November 2020, Honor was purchased by Shenzhen Zhuiqin New Information Technology Co., Ltd, in an attempt by Huawei to save the brand due to trade sanctions imposed by the United States.

An entry-level Honor phone has simple configurations and is outdated, considering that we are almost in 2023. An example is the Honor 7S, which has the MediaTek chipset with only two cores, a 5.45-inch screen and a 13-inch camera. MP. In addition, it only has 2 GB of RAM; acquiring a cell phone with these configurations will bring you more problems than solutions.

To highlight a mid-level Honor cell phone, the X8 appears as one of the most balanced models among cell phones at this level. It has a 6.7-inch IPS LCD screen, Full HD +, with a refresh rate of 90 Hz, which impresses with almost no edges. Its processing takes place through the Snapdragon 680, an excellent choice for more everyday uses. Its 6 GB of RAM allows a quick exchange between applications, which despite not being such suitable hardware for heavier games, even does well by reducing the quality of the graphics.

The smartphone is equipped with four cameras, the main one of 64 MP, the ultrawide of 5, a macro and a depth, both with 2 MP. In this aspect, the device leaves a little to be desired since only the primary camera offers good image quality. The depth lenses don’t make much difference, and the ultrawide fails to reproduce colors. It has a 4000 mAh battery, below the market average, and unfortunately, its system is “stuck” on Android 11.

The X40 is one of the most recent models on the list, and it arrived as a strong competitor in the mid-range smartphone category. Its 6.7-inch AMOLED screen and 120Hz refresh rate impress with its ability to display brightness cleanly. Another big highlight is its 5100 mAh battery with 40 W fast charging support.

Its set of cameras has a front of 8 MP and two rear of 50 and 2 MP, respectively. The smartphone is powered by a Qualcomm Snapdragon 695 chipset with Adreno 619 GPU.

The price of the Honor X40 is directly linked to which version you want, as it has four versions, where the differences are in the internal storage and RAM.

Closing the intermediary section, we have an option that flirts with the premium, proving to be a reasonable cost-benefit for this level. The Honor 60 SE brings a look inspired by the iPhone 13 Pro, despite having more squared ends, also being equipped with a 6.67-inch FHD + AMOLED screen with a refresh rate of 120Hz.

Its hardware comes with the MediaTek Dimensity 900 chipset, a premium intermediate level that focuses on multimedia performance, in addition to supporting 5G, as has already become a current standard. The processor combines well with the set of cameras on the device, with three rear ones, the main one with 64 MP, an 8 MP wide angle and a 2 MP depth lens. Its 4300 mAh battery does not impress but allows a 66W charge.

Starting the premium line, the 70 Pro arrived as one of the brand’s main bets in 2022, a smartphone with advanced and comprehensive settings. MediaTek’s Dimensity 8000 is the chipset that gives life to the cell phone, accompanied by 12 GB of RAM, and internal storage that, depending on the version, can have 256 or 512 GB.

Its cameras perform the multimedia function very well, having a wide angle of 54 MP and an ultrawide of 50, capable of recording videos in 4K with electronic stabilization. The battery has 4500 mAh, which may seem minor, but its support for 100 W ultra-fast charging makes up for it. Its 6.78-inch OLED screen is an excellent choice for those who consume series, movies and games.

Like the 70 Pro, this model was one of the brand’s main launches in 2022, arriving strong with a premium device with complete configurations for the most diverse types of use. Equipped with one of the leading processors on the market, the Snapdragon 8 Gen 1, the Magic 4 Pro, arrived in a global version with 8 GB of RAM and 128 GB of internal memory.

Another great strength of its configuration is its cameras, arranged on the back of the device in a large round module, with a primary lens, a 50 MP ultra wide lens, and a 64 MP periscope. In its system, we also find a sensor that reduces the blur in the photos.

After All, Is The Honor Cell Phone Good?

As we can see, Honor cell phones include complete and comprehensive intermediaries capable of satisfying the most varied types of users, in addition to high-quality premium devices that deliver what they promise, offering an excellent experience for heavy users. Another strong point of its smartphones is the design, which tends not only to keep up with trends but also to have beautiful cell phones with a good finish as a standard.

Also Read: Tablet For Reading Is It Worth And Required Features

Some Important Factors To Consider About Mobile Phone Plans