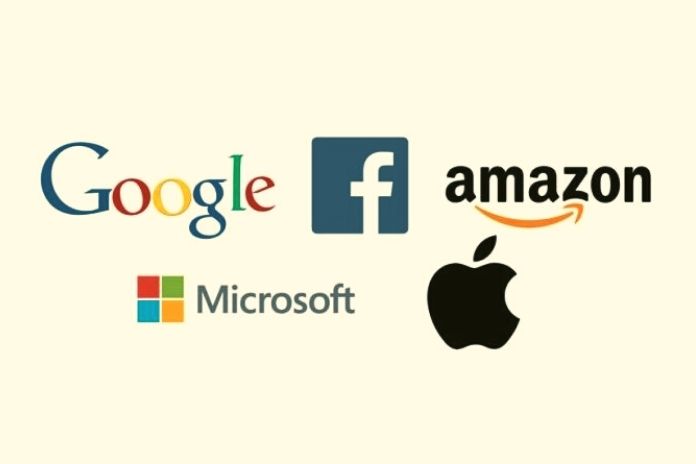 Microsoft shoots at Google. Apple wants to trip Facebook. And vice versa. The big technology companies have taken off their velvet gloves, and put on their boxing gloves. What’s going on at Big Tech right now?

“Facebook wants to cause Apple pain,” “Microsoft is hitting Google hard” – somehow, one would like to think in headlines like this that it is about boxing matches and not about clashes between comprehensive technology corporations. But Big Tech seems to have rushed into the fighting ring right now – and it’s not nice to look at

Let’s start with Facebook and Apple. The two big tech companies haven’t been very comfortable with each other for a long time. But so far, they have resolved their conflicts with some degree of courtesy until Apple announced its data protection changes, which the company would like to introduce with an update in the iOS 14 operating system. At its core, it is about a technology from Apple called IDFA (Identifier for Advertisers).

The Dispute Over IDFA

Apple assigns an IDFA to every mobile device (iPhone or iPad). This means that every user can be identified and tracked. However, personal data remains hidden. Mobile advertising customers, in turn, use IDFA to show users personalized advertising based on their surfing behavior.

Facebook also uses this technology to tailor its advertisers’ advertisements to the respective users and measure their success. Apple’s update now provides that users can see whether the app in question uses IDFA tracking before downloading an app from the app store. You will also have the option to deactivate this tracking when you start the app for the first time.

For users, this offers more transparency and a certain amount of control over their data. But for Facebook and other app providers that rely on mobile ads, this update is a new obstacle to bringing their personalized ads to the end-user. Revenue depends on it. So it’s no wonder Facebook is mad.

Facebook claimed that Apple wanted to destroy small businesses with the update in a first reaction. Furthermore, Facebook warned (without receipts) that Apple wished to ban ad-based free apps for app manufacturers in the future and even wanted to introduce a profitable subscription function.

The message from Facebook was clear: The big Apple company wants to destroy small, decent companies and also benefit from them. This message could be seen everywhere, in blog entries, newspaper advertisements, and even on a specially developed Instagram page.

Since then, Apple has made it clear that ads in apps will continue to appear on their devices. It’s just a pop-up for ad tracking before the download. App developers could also design this pop-up individually and openly explain why they want to display personalized ads.

A short time later, Facebook developed such a pop-up dialog for users as a test before the update. Facebook explained that you need tracking authorization from them to offer users a better advertising experience. But the conflict was far from over.

ALSO READ: Employee Self Service: 4 Tips For Introducing The Tool

Facebook boss Mark Zuckerberg has said to employees that Apple had to “cause pain.” That statement ended up in the Wall Street Journal. Zuckerberg is considering initiating an antitrust lawsuit against Apple. Other measures are also on the table to cause visible damage to Apple.

These measures compete for products, such as the new Facebook Smartwatch, which Zuckerberg wants to bring out based on the Apple Watch. But Apple’s criticism of Facebook has also become sharper.

At a data protection conference in Brussels, CEO Tim Cook said: “If a company is built on misleading users into exploiting data and making choices that are none, it does not deserve our praise. It deserves reform. “

At the same time, he accused technology corporations of polarizing people because of their hunger for data and even inciting them to violence. Cook did not mention Facebook by name. But you don’t need a lot of imagination to make the connection.

On the other hand, Facebook doubts that Apple wants to protect users’ data. For example, Zuckerberg said when presenting Facebook’s quarterly figures: “Apple may claim that they are doing this to help people, but their actions are clearly in line with their competitive interests.”

In addition to Apple and Facebook, the big tech giants Microsoft and Google are now involved in a more considerable dispute. It started with a somewhat surprising announcement by the Australian government a few months ago.

Australia is thinking about regulating the digital news market more strictly. The idea: Google and Facebook should pay publications money if they distribute journalistic content from media companies on their platforms.

This means that part of the advertising revenue from Facebook and Google would end up in publications. Otherwise, there is a risk of fines worth millions. Facebook is not in the mood for it and has stopped sharing news in Australia and the Australian media without further ado.

Media houses and journalists welcome the idea. After all, they lost the classic income from newspaper advertisements on the Internet. This has led to tight budgets, layoffs, and a decline in journalistic quality in many places. Other nations are also watching the development with excitement.

However, Google was naturally not very enthusiastic about the idea and threatened to withdraw its search engine from Australia. “Just go!” Microsoft thought to itself and promptly offered a reliable replacement – its search engine Bing.

In a blog post, Microsoft President Brad Smith even said, “Legislation will remove the economic imbalance between technology and journalism. The goal is to compensate news organizations for the tech gatekeepers’ profits from incorporating news content. “

Of course, that’s not entirely as selfless as it sounds. Smith also says in the blog entry that Microsoft has already received inquiries from other countries such as the USA, Canada, and the EU whether the company would support similar laws there. Meanwhile, Google seems to give in and has already signed the first corresponding agreements with Australian media companies.

The Battle Of Big Tech: It’s About Power, Money, And Data

Of course, the current significant-tech disputes are about market power and revenue. Google doesn’t just want to give Microsoft a massive market like Australia. Microsoft sees this as an opportunity to expand its position and wipe out Google. Facebook and Apple are also fighting over customer trust and sources of income.

At the same time, Facebook’s (somewhat strange) monopoly allegations against Apple show that we have reached a point where a few big tech companies have tremendous power.

The threat from Google to withdraw from Australia also confronts us all with the question: What would our world look like without Google? Many of us can no longer imagine that. That, too, says something about the power of a company.

ALSO READ: How Big Is The Carbon Footprint For A Click On The Internet?