HomeBUSINESSWhat Will Technology & Hardware Do For A Better Customer Experience?
BUSINESSTECHNOLOGY

What Will Technology & Hardware Do For A Better Customer Experience? 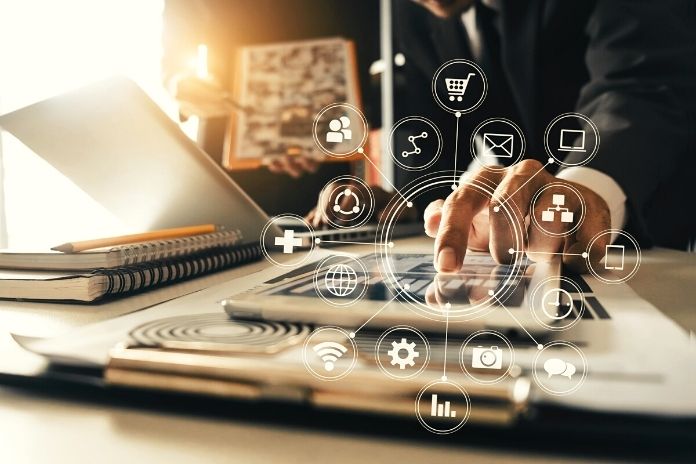 Rather than mere prototypes, the innovations on display this year offer concrete, deployable applications in many areas, paving the way to a future where machines learn our personal preferences to tailor each experience to our needs better. But of course, not at any price.

As Gartner’s strategic tech trends show, AI will not only become the mainstay of any technology but also more competent and more independent of humans.

Such vehicles are also being used in agriculture. John Deere has introduced an intelligent seeding, fertilising and mowing solution for its fleet of harvesters. It uses 140 sensors and an exact GPS to decide where to spray pesticides or fertilisers. Keywords: Accurate Farming or Intelligent Farming. This also results in intelligent services for an annual subscription model that other manufacturers such as Caterpillar already offer.

Other industries, such as health and beauty, have also recognized the potential of smart devices. After all, people want more and more control and knowledge about their health. IBM presented two of the most significant innovations at the fair. The AI-enabled IQcast feature helps people with diabetes predict when they will experience a low blood sugar event within an upcoming 1-4 hour window. In addition, the prototype “Fingernail Sensor” measures how a fingernail bends and moves continuously throughout the day to indicate grip strength.

In addition, everyday (mobile) devices are also equipped with AI features. For example, with the Jabra headphones, the headphones’ volume can be automatically adjusted to the user’s environment.

Sensors, cameras and microphones use generated data to provide users with more convenient and personalised experiences. Smart homes and smart cars – increasingly equipped with intelligent devices – are the perfect ecosystems to realise this potential. The more data the machine collects about user behaviour and emotions, the better its performance.

With the “Space of Emotive Driving”, Kia shows how a cabin recognizes the passenger’s emotions from facial expressions and pulse to adjust the lighting, music, air conditioning, and scent accordingly.

Harman’s Neuroscience technology is a built-in camera system that detects a driver’s emotional state based on facial expressions.

Implementing the fast 5G mobile communications standard was an important topic at the trade fair. The high response times are particularly relevant for the final impetus of the Internet of Things because, for example, intelligent cars or networked port terminals can communicate faster. This is relevant for the automotive industry and other areas such as gaming or telemedicine.

However, hardly any 5G devices were presented at CES, but many demos show what 5G can do. The chip manufacturer Qualcomm expects more than 30 5G smartphones, which will be powered by 5G-capable chips (Snapdragon 855). At the CES press conference, Samsung also announced that the first 5G smartphone would be presented by the middle of the year.

In South Korea, the 5G networks were released to the general public in early December 2018. In the USA, various operators are preparing their networks for the new standard, while many discussions and some test phases are still going on in Germany.

As consumers demand higher standards of personalization and service, they are increasingly aware of the power of their data. They want to have the final say on how their data is used. Because of this, technology companies need to be proactive and transparent about how that data is being used and protected.

However, CES has not yet recognized the urgency of this topic, even though technology and data are inextricably linked. Only three out of 300 sessions were dedicated to the recurring subject of data protection. But it’s not too late to start debating how consumer data is handled.

ALSO READ: Accessibility On The Web – Mandatory For Digital Business By 2025