HomeBUSINESSCompanies Get Through Crises - Informative Study Of Business Cycles
BUSINESSUncategorized

Companies Get Through Crises – Informative Study Of Business Cycles 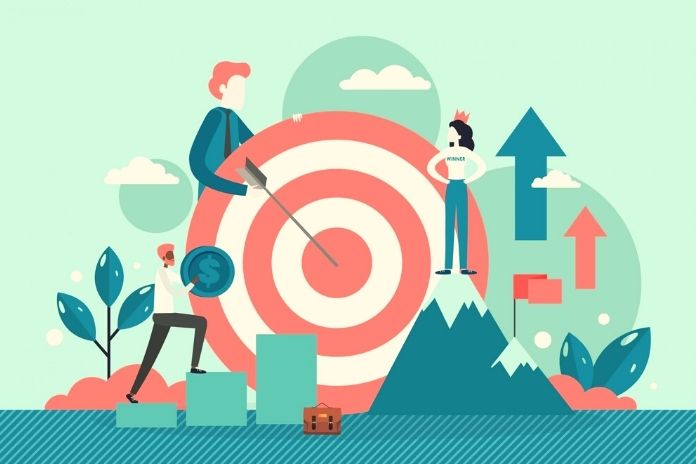 Companies- Crisis management is not only important in the corona crisis. How companies get through crises safely. Times like these threaten the future of companies. But it is precisely crisis management, the behavior in crises, that decides who will be among the winners in the next upswing. Now you have to save – but intelligently! If you lose too much muscle mass and invest too little in the future, you will miss the next upswing.

How long will the corona crisis paralyze the global economy? And when the current turbulence is over, what supply and purchasing power will survive? Will the markets of tomorrow continue to function according to the old rules? Many managers are asking themselves many such questions of principle, and the resulting uncertainty is typical of a crisis. But experience shows: every crisis comes to an end again.

Anyone who has positioned themselves well in difficult economic times and operated successful crisis management will grow faster than the competition in the following years. Our study “Summiteers have proved this: Becoming winners in economic cycles”. In this context, we examined how industrial companies in Germany, Austria and Switzerland coped with the consequences of the 2008/2009 financial crisis. The result: In the next ten years, the top performers achieved a stock return around 45 per cent higher than their competitors, who behaved hesitantly or incorrectly at the beginning of the recession.

Overall, the study was able to divide the analyzed companies into four groups. During the last downturn, 44 per cent hesitated too much to take crisis measures and were subsequently only able to create below-average value . A further 20 per cent reacted with cost reductions and thus stabilized their EBIT margin. But in the long term, they also generated no value because they did not consistently apply the red pencil in the right places. At 18 per cent, the EBIT margin initially collapsed because it remained largely inactive.

Nevertheless, they succeeded in creating long-term value. On the other hand, just as many companies reacted quickly and correctly. They made margin-stabilizing cost reductions at key points and at the same time focused on their strategic growth areas, in which they continued to invest. This group of so-called “summiteers” succeeded in generating above-average value.

What can be deduced from these observations for your corporate strategy? At first, in the face of a crisis, operational issues seem to be in the foreground: Sales collapse while fixed costs remain. The management panics and then tries to steer the company out of the danger zone. In this situation, there is often no time to consider the consequences of all decisions carefully. But one thing unites the best: the winners acted early and courageously in the last downturn. In times of crisis, in particular, the course must be set for future growth.

On the other hand, typical losers in the crisis wait too long to cut costs, get into a liquidity crisis, and then overreact. A tough austerity program must now make up for what was previously wasted. The result: When the upswing starts after the crisis, the organization is often powerless, and the product range is still the same. And that can end up costing you market share.

It is worth taking a closer look at the recipe for the success of the group of summiteers. You did not make any strategic mistakes in the past crisis. They managed their costs in an agile manner and had an action plan in the drawer that they immediately implemented. Intelligent cost programs make all the difference with these winners. In particular, new, future-oriented business areas and technologies are to be excluded from the cuts. Instead, strategic marginal areas may be repelled faster than planned. Difficult times also offer the opportunity to review your positioning and sharpen your company’s profile – these are aspects that are often overlooked as long as the business is going well.

The art of management, especially crisis management, will now define the core business precisely, possibly even redesign it. With the necessary cuts, it is important to cause the least possible damage. Top management needs absolute clarity about how the company’s financial resilience will look in the crisis and what financial leeway there is. Stress tests help with this.

However, success also – and especially in times of crisis – requires operational excellence. Companies that coped best with the last recession set up powerful and assertive project organizations in good time to implement the packages of measures in a targeted manner. Communication plays a central role in this. From downsizing to investment cuts – all of this unsettles the workforce. Anyone who manages to identify with the necessary measures despite the pressure to change has a fundamental advantage. When making essential decisions, top management must be present and convince the employees.

The same applies to the Corona crisis: Nobody knows exactly how deep the cut will be and how long this exceptional situation will last. But it is essential to stop the austerity program that has been initiated in good time when the indicators are pointing up again – and faster than the competitors are doing. The past recession also made this clear: Managers who remain in crisis mode for too long miss the upturn. A growth plan ensures that the company can quickly scale up again. Those who remain courageous and capable of acting now will emerge stronger from this difficult time.