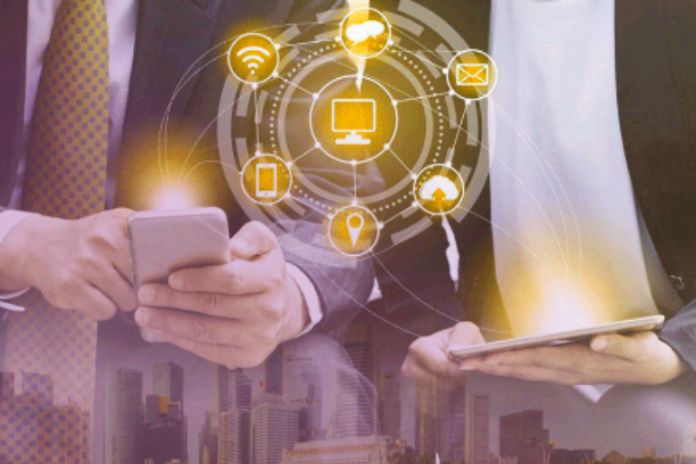 This giant network created by Internet of Things has changed how we deal with information and interactions in today’s world. It facilitated and brought intelligence to operations and processes.

With the IoT, people and companies have more information and a better understanding of reality. This way, decisions are made more effectively and safely, as they are always based on data provided by connected devices.

IoT allows new services and new market niches to be created. In addition, innovation and added value are other vital points that interconnection has managed to bring into our daily lives.

IoT Applications: What Are They?

In a house, there is, for example, an energy system connected to the Internet, which monitors expenses, turns on the lights when necessary and turns them off as soon as there is no longer a need. Already in the company, some devices can monitor a machine’s operation.

But how is it possible to control these operations? IoT apps are essential for this job! They give an overview of the activity and release information that can result in crucial insights for decision-making. Everything happens in the palm of your hand.

In addition, the applications also give the user the flexibility to access, command activities and carry out monitoring from anywhere. For this, apps need to work in real-time and always complement the intelligent device performing the functions.

The devices capable of sending data to these applications can be diverse, or rather, they can be anything”, such as cars, refrigerators, machines, air conditioners, lamps, computers, sensors, etc. All it takes is the possibility of implementing hardware capable of collecting and transmitting data.

How Has IoT Helped To Evolve Technologies?

Automating, facilitating, integrating and generating information are some of the contributions of the Internet of Things to technology. From there, processes became more connected, efficient and practical and helped to evolve existing technologies.

Such autonomous tools gave the possibility, for example, for employees to focus on less operational and more strategic activities since the IoT can handle performing manual and repetitive movements.

The evolution proposed by the IoT also helped society to pass with resilience through one of the most challenging periods in modern history: the COVID-19 pandemic. The Internet of Things has often solved the problem of social isolation by allowing remote management of activities.

Connectivity is at the heart of IoT. After all, for it to work perfectly, everything needs to be integrated. It is as if all the devices that were part of that arrangement “speak the same language”.

When communicating, software, sensors, and other technologies to connect and exchange data and information with other devices contribute to the result of a given work.

It is one of the technologies that most contribute to the IoT becoming a reality. They are the devices used to gather information from the environment and generate control and action signals.

The information collected by these sensors is transmitted over the Internet. It triggers the necessary activities for the actuators and mechanical, electrical or digital components that perform the proposed function.

Physical motion, proximity, gas, and level, whether passive or active, are some examples of stimulus-to-signal converters capable of eliciting responses in an IoT-connected system.

Machine Learning is a concept of Artificial Intelligence that, through data, seeks to teach machines through experience. After technical analysis, the device can identify patterns and learn to “behave” according to its functionality and purpose.

IoT works as a data source for “Machine Learning” in a connected environment. By providing information, the device learns and can read the routine of that activity, predicting improvements and even avoiding mistakes.

It is common for there to be confusion between the terms, but IoT and Artificial Intelligence are not the same things. They coexist, and it is easier to explain one of the concepts than to mention the other.

For AI to exist, it needs data that is only generated and transmitted if the IoT plays its role well. On the other hand, the IoT needs AI to analyze the data collected autonomously without human intervention.

Cloud platforms are also significant for the Internet of Things. An integrated system needs a “place” to store its information and integrate all processes.

The cloud platform or software must be well-designed and chosen to be efficient. Several options on the market cater to the IoT architecture, enabling the work to be done.

Also Read: IoT: How Is This Technology Already Changing The Market?

The No Code Revolution: The Future Has No Code