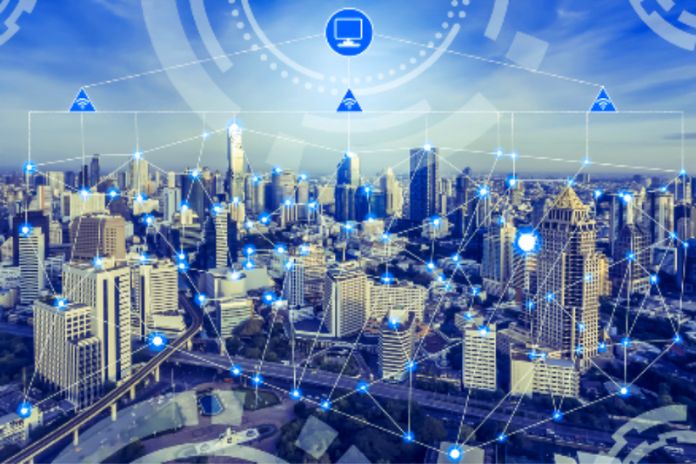 IoT: With the advent of the internet, a world of opportunities has opened up like never before. Even now, the connectivity of things is known as the Internet of Things.

What are these things? It’s everything you can imagine, whether inert, mobile or even alive, as long as it can connect to the internet in different ways.

Computers will never reach the resemblance of a human being with the capacity for full intelligence, at least not in the actual human conception. Because our intelligence is beyond physical capacity, it has a very subjective essence outside the temporal context. Therefore, a machine will never reach the intellectual potential of a human being. After all, IoT technology itself is man himself creating.

But one thing is certain, this large volume of stored data ( Big Data ), the speed of obtaining data, the processing capacity, and the connectivity of things through the systems in a coordinated and intelligent way is revolutionary and tremendously great. That man is developing in history: the Internet of Things.

What Is The Internet of Things (IoT)?

The Internet of Things ( IoT ) is the digital interconnection of anything physical (vehicles, buildings, refrigerators, watches, cell phones, etc.)

For some time now, the internet has been giving great possibilities for interactivity between men, breaking down all kinds of barriers, whether physical or not; now it is the turn of objects to have a certain intelligence and use the internet to communicate, transmit relevant information and that fits the needs of man.

Can you imagine a toothbrush possessed of sensors to detect some anomaly in the teeth and inform the dentist? – “Hey, you need to go to the dentist to solve a possible cavity.”

Or, your toilet detects a potential health problem in your urine in its early stages. This is the  IoT, programmed to provide useful services to humanity.

Recently, a smartwatch saved a user’s life after detecting a very strong tachycardia (fast heartbeat) and then forwarded the information to the doctor’s cell phone, alerting the risk of a heart attack. By a thread, the citizen did not lose his life because if he took a little longer, he would die, confirmed the doctor.

What Is The Impact Of This Technology On The World?

In the initial conception, it is extremely positive. Helping humanity through computational power, helping to live better in the world, anticipating problems that could cause damage or compromise physical, emotional, and financial integrity, and even preventing the early loss of people’s lives is divine.

But for its implementation, all this requires great care; it needs to respect the privacy and safety of the people who will be exposed to so much information being published on the net as in a true ‘Big Brother. Carrying its essence is tremendously important. However, privacy and security precautions are necessary.

What Is The Relationship Of The Internet Of Things With Consumer Behavior?

Directly aimed at people, whether individuals or legal entities, in this case, companies. The impact is positive in this generation, especially in future ones when technology is more robust and consistent. Information being generated through monitoring, collection, and analysis of data greatly facilitates people to make important life decisions increasingly accurately, safely, and quickly.

Companies Already Use This Technology

Increasingly, companies want efficiency in their processes and use the monitoring capacity of systems embedded in things to anticipate failures that could compromise production and thus anticipate viable solutions with reduced costs because this is a dream for both sides, consumers and companies.

One example is the use of sensors in agricultural tractors that measure soil conditions and forward data to be analyzed by systems capable of diagnosing important details in the land and thus making suggestions for improvement for planting.

In the real estate construction market, it is possible to build smart homes for residents to control the distance and equip them with thermometers, energy consumption regulators, or appliance managers. All of this makes it easier for residents, as well as for companies, to increase sales.

Why Do Companies Need To Be Prepared For This Reality?

IoT is the future, and robotics is knocking on the door; artificial intelligence communes together to work and offer this new reality to men, giving a much more comfortable and safer quality of life.

Of course, all this has its cost; the evolution of this technological wave is increasingly accelerated. However, it is not cheap to be developed, the technological input is very expensive, and the consumer’s adherence, in the end, is from top to bottom in the socioeconomic pyramid.

How To Prepare For This New Technology?

This technological age is so gripping, persuasive, and attractive that it flows smoothly into society. Who wouldn’t want to come home and have the digital butler ask them what they want? Or going to prepare a bath, activating the equipment connected to the internet for a relaxing bath? Better, a snack coming out automatically? This is fantastic!

This digital butler’s ability to show, remember and encourage activities that we usually do at home, such as reading a book, doing gymnastics, and putting clothes in the washing machine, comes from a technological wave where the user’s effort is minimal. What worries me is the financial aspect because initially, it will not be cheap to acquire this type of technology, so it is necessary to prepare.

Now, speaking of technology companies, it is a great certainty that they increasingly need to develop intelligent programs, use advanced languages, prepare professionals, create targeted sensors, and modern equipment capable of talking to each other and man, all of this via a worldwide network, our darling, versatile, addictive and adherent,  internet.

Also Read: See How Internet Of Things Works And Examples Of Use