See How Internet Of Things Works And Examples Of Use 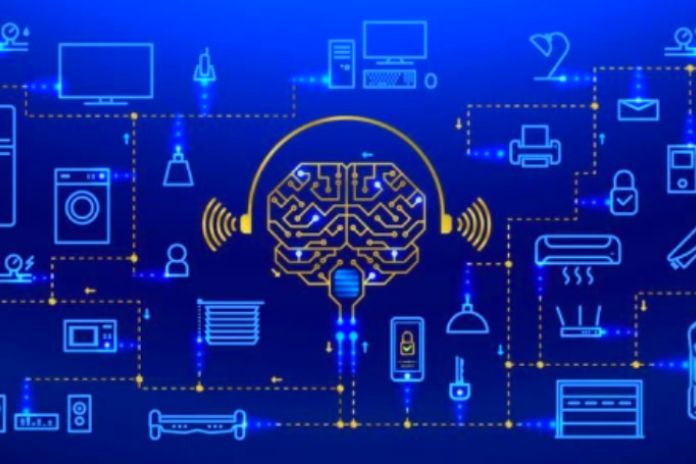 The “Internet of Things” refers to a technological revolution that aims to connect the items used in everyday life to the world wide web.

Appliances, means of transport, and even sneakers, clothes, and door handles attached to the Internet and other devices, such as computers and cell phones, are increasingly emerging.

The idea is that the physical and digital worlds increasingly become one through devices that communicate with each other, data centers, and their clouds. Wearable devices, such as Google Glass and Apple Glass, transform mobility and the presence of the Internet in various objects into an increasingly close reality. We seek to explain what can change with the application of the concept and shows examples of the Internet of Things below.

What Is IoT, And How Did The Term Come About?

The idea of ​​connecting objects has been discussed since 1991, when the TCP/IP connection and the Internet we know today began to become famous. Bill Joy, the co-founder of Sun Microsystems, thought about the Device to Device (D2D) connection, the type of connection that is part of a larger concept, that of “multiple webs.”

In 1999, Kevin Ashton from MIT proposed the term “Internet of Things,” Ten years later, he wrote the article “The Thing of the Internet of Things” for RFID Journal. According to the specialist, the network offered, at the time, 50 Petabytes of data accumulated in recordings, recordings, and reproduction of images.

According to Ashton, the limitation of time and routine will make people connect to the Internet in other ways. Thus, it will be possible to accumulate data on the movement of our bodies with much greater precision than today’s information.

With these records, it will be possible to reduce, optimize and save natural and energy resources, for example. For the expert, this revolution will be greater than the development of the online world we know today.

How The Internet Of Things Works And Its Applications

The Mobil prototype, developed by Ford and Intel in 2014, was intended to reinvent the interior of automobiles. When getting into a car with this technology, a camera would recognize the driver’s face to offer information about his daily life, recommend music, and receive guidance to activate the map with GPS.

If the system does not recognize the person, it takes a picture and sends the information to the owner’s cell phone, preventing theft. This is an example of a car within an Internet of Things environment, with accessories online and acting intelligently.

Another example of an Internet of Things application involves a partnership between elevator manufacturer TK Elevator and Microsoft. The companies developed an intelligent online system to monitor elevators through call centers and technicians. The software works on large networks of desktop computers and portals and runs in an app for Windows tablets.

The program aims to assist in real-time and avoid accidents with preventive maintenance on the brand’s elevators. This initiative results in cost reduction and is an example of the applicability of the Internet of Things in infrastructure.

There are many connected objects, such as refrigerators, glasses, elevators, and cars. The network can intervene in small gadgets or complex infrastructures. Thinking about all this usability, initiatives have been emerging involving large companies to unify the Internet of Things.

For example, Dell, Intel, and Samsung joined in standardizing connections in a group called the Open Interconnect Consortium (OIC). The objective was to create a standard protocol to guarantee the proper relationship between the most varied devices.

Wi-Fi, Bluetooth, and NFC are resources developed by the organization. Also part of the consortium is Atmel, a microcontroller company; Broadcom, for wired and wireless communication solutions; and Wind River, for software and embedded technology.

This, however, is one of many initiatives in this direction. Designed in December 2013, the All Seen Alliance has 51 participating companies, including big names such as LG, Panasonic, Qualcomm, D-Link, and Microsoft.

Examples Of Internet Of Things Usage

Wearable. “Wearable” devices are innovative accessories we wear on our bodies, such as smartwatches ( Apple Watch and Samsung Galaxy Watch, for example) and headphones.

Home. The smart home is the most popular IoT application as it is affordable and available to consumers. There are many IoT-based devices, such as smart TVs, Amazon Echo, thermostats, refrigerators, and smart locks.

Health. The IoT helps with the integration of the patient’s medical record. Thus, changes in clinical status, such as changes in blood pressure and heart rate, are updated in the registry, improving medical care.

Smart Cities. IoT has the potential to transform entire cities and solve problems that citizens face every day. With the right connections and data, technology can solve traffic congestion problems and reduce noise, crime, and pollution, for example.

Connected car. IoT vehicles have Internet access and can share the network with others. In addition, some cars are equipped with an intelligent system that retires the physical keys, recognizes the driver by proximity, opens the doors, and allows departure at the touch of a button. Some automobiles use sensors to do everything from remote starting and sounding the alarm to opening the trunk and unlocking the vehicle with smart locks.

Agriculture. The technology helps in monitoring temperature, soil, and air humidity. The Internet of Things automatically activates irrigation systems, for example, when needed.

Also Read: IoT In Companies: What It Is And Why Adopt It