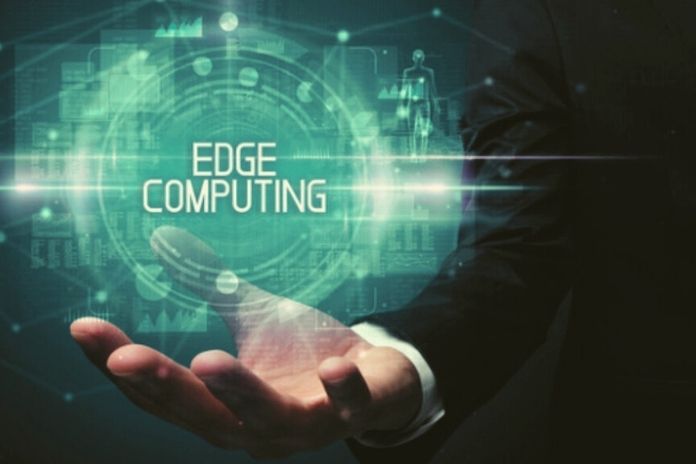 Processing data quickly and on-site is one of the principles of edge computing. But the technology can do more: It can replace conventional networking strategies and expand cloud services into distributed overall solutions.

Edge computing is becoming more intelligent, competing with conventional networking strategies and expanding cloud services into distributed overall solutions. Analysts assume that 75 percent of the data in company networks will be processed via edge computing in the future. On the way there, companies should be aware of eight key trends.

Edge devices are getting more and more computing capacity. Drivers of this development are artificial intelligence applications. The latencies of cloud access are often too high for AI, and short response times are required in the industry. A typical example is anomaly detection: If there are disruptions in the operational process, the AI ​​systems react immediately.

Fortunately, many machine learning solutions are twofold: training the models and running them. The training side requires high-end cloud solutions as large amounts of data are processed. The resulting models are slim and work on standard hardware at the edge, where short response times are guaranteed. Edge computing thus makes AI more straightforward and more widely applicable. According to new studies, 73 percent of large companies and almost 60 percent of smaller companies already use machine learning.

Edge Computing And 5G Campus Networks – The Couple Of The Future

Above all, large companies with many business premises and larger premises will increasingly set up campus networks with 5G technology. These are private networks for internal communication. They can become an alternative for connecting sensors, gateways, and edge computing devices.

So far, WiFi and Ethernet have been at the top in terms of usage, but 5G offers more for the Industrial IoT: This allows companies to implement all communication requirements with a single network that provides excellent support for bandwidth and network quality management. In addition, 5G can work with low-energy hardware—a straight couple of the future.

Real-time video streams and artificial intelligence help monitor buildings and company premises or detect objects in production processes. But high-resolution cameras generate enormous data streams – with an 8K camera, this can be 100 Mbit per second and camera. An evaluation of all camera streams in the cloud is unrealistic. The automated detection of alarm situations – such as stepping on the tracks in public transport or leaving unattended luggage – must occur on-site. Powerful edge servers have been established for this purpose. With their high computing capacity, they pre-analyze the camera feeds in real-time and only transfer relevant material to the cloud and trigger alarms if necessary. This development will continue in the coming year.

The simulation of structures or processes with a digital twin is one of the most successful applications of Industry 4.0. The idea behind it: parallel to the actual production processes, virtual processes fed with data run in real-time on the computer. They are used for monitoring, control, and simulation. In this way, the digital twin of a machine can easily demonstrate how changes in the processes work.

Edge Cloud And Smart Edge – Everything For The Applications

According to a recent study, edge computing will develop into an exponentially growing market. Behind this is an exciting development with significant future potential for 2022: time-critical tasks in the cloud are moving to the edge. This is how parts of IoT stacks are ported to edge devices. Hyperscalers were also expanding their cloud services to include additional edge services – for example, in the form of edge appliances managed by the hyperscaler and operated on-site. “On the edge.”

Telecom companies have also discovered the potential of edge computing. They are increasingly offering edge-based value-added services that use many of the telecom operator’s network offerings – this is called MEC (Multi-Access Edge Computing). An example of such a value-added service is VSaaS (Video Surveillance as a Service), with automatic detection of intruders in a family home. The idea is old, but only with edge computing does it become practical and commercially viable.

The End Of The Device Zoo: Edge Computing Becomes Homogeneous

Many companies use numerous edge devices that come from different technology generations. This is because the early IoT providers used their developments and adapted microcontrollers such as Arduino boards or microcomputers such as the Raspberry Pi. They are practical for basic applications but not powerful enough for modern edge services with data analytics and machine learning.

The variety of IoT sensors and other edge devices will not disappear, but there is a trend towards standardised, off-the-shelf edge servers. Telekom jargon is referred to as uCPE (Universal Customer Premises Equipment), i.e., universal systems on-site at the customer site.

The individual machines networked via the edge, including edge devices, must be unequivocally identified throughout the IT and provided with access rights to central resources. IT security tasks such as IAM (Identity & Access Management) or the issuing of so-called certificates for identification come to the fore.

Classic assumptions such as “everything is safe in the LAN within the company, outside there is danger” are no longer applicable because edge computing is blurring the boundary between inside and outside. New approaches are needed, such as the “zero trust” paradigm. It follows the principle that all internal and external parts of an IT or cloud/edge application must be secured equally.

Decarbonization Doesn’t Stop At The Edge

The trends described so far have a downside that will soon be intolerable: they drive up energy consumption and impact a company’s carbon footprint. Energy-saving technologies and better energy use promise a remedy – for example, by using waste heat. Above all, high-performance edge data centres require energy management that must be considered right from the start. Here we see a trend that will characterise the coming decades: In the future, it will be a question of increasing energy efficiency and at the same time implementing further sustainability measures through innovative technologies.

In the future, edge computing will prevail wherever the cloud alone cannot fully exploit its advantages: in real-time applications, big data, and artificial intelligence. Therefore, companies should prepare in good time and adapt their edge infrastructure with standard hardware and software. In the long term, the intensive cooperation between edge and cloud will become the new normal in industrial IT: Both technologies contribute to success with their strengths.