HomeTECHNOLOGYNetworks: Advantages Of Networks And Its Overview
TECHNOLOGY

Networks: Advantages Of Networks And Its Overview 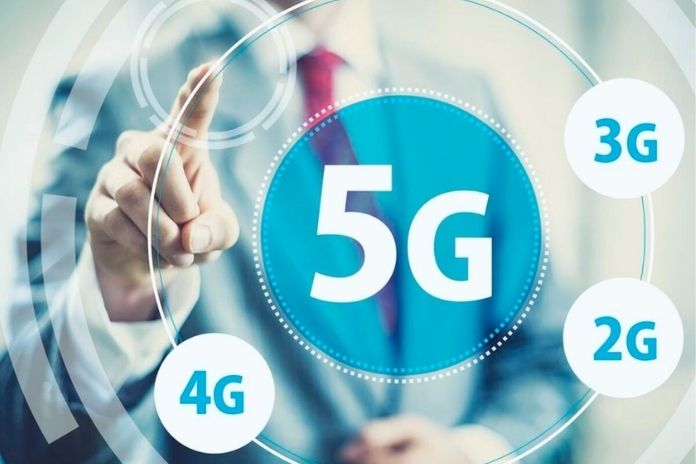 5G is a real milestone in cellular technology. Companies can even set up their own 5G network for Industry 4.0 or remote working networks. Here is an overview of the advantages of campus networks and the solutions that telecommunications providers offer.

Up to 4G, the matter was straightforward: With earlier mobile radio technologies, voice communication was first in the foreground, then later the use of the Internet and many applications based on it. 5G is the first generation of mobile communications in which the use cases, such as campus networks, were already established in advance, beyond telephoning and surfing.

Industry 4.0 Provides A Boost To Digitization

The driver is Industry 4.0, i.e., the idea of ​​the digitized factory with networked cyber-physical systems and the goal of manufacturing individualized products down to batch size one instead of millions of precisely identical products. Before 5G, there was no satisfactory solution for the flexible networking required for this. Cables do not allow the systems to be mobile. LLAN struggles with radio shadows and dropouts when transitioning from one radio cell to another. Earlier portable radio standards were too slow or had too high a latency, which prevented real-time applications.

All of that changes with 5G. It allows data transfer rates of up to 10 gigabits per second; the latencies should be close to a millisecond for future releases. And as a mobile radio technology, there are no interruptions when the handover to the following radio cell, which is essential for driverless transport systems, for example.

Faster In The Campus Network

Probably the most outstanding advance with 5G is not the faster technology, but the regulation by politics. Because with 5G, the legislature provided so-called campus networks from the beginning and kept frequency ranges free for them. Companies, universities, and trade fair organizers can apply for such frequencies and set up a self-sufficient 5G network on their premises. The data is processed on the edge, i.e., in computers on the premises. Such a network is highly available and extremely fast, which allows for entirely new applications.

For example, the Fraunhofer Institute for Production Technology IPT in Aachen uses 5G in a milling machine in which it produces prototype components for MTU Aero engines. A vibration sensor communicates with the device via 5G so that vibrations can be compensated for in a flash and damage to the components can be avoided.

Set Up Campus Networks In Slices

An utterly self-sufficient network is only one variant of campus networks. The operators of the cellular networks also offer network slicing. There, the campus network is set up in the public network but sealed off with guaranteed bandwidth, even if many people nearby are surfing with their smartphones simultaneously. This variant is interesting for smaller companies that shy away from investment. Still, the disadvantage is the more significant latency since the data runs through the data centers of the network operators.

Such scenarios are interesting for companies that want to network their locations worldwide, including with suppliers. Small campus networks are then linked together to form an extensive, virtual 5G network; the machine in a plant in China appears to be located directly in the plant. In the coming releases of the 5G standard, mechanisms are provided with which machines can even reserve more bandwidth on their own if they have to send more significant amounts of data.

Industry 4.0 and 5G are a perfect pair, which is why the first applications are coming from the manufacturing industry, above all from the automotive industry, where the first campus networks are also in place. So far, however, these are still based on 4G or combined 4G / 5G technology. However, this focus on the manufacturing industry is a narrow view. Many applications are just emerging, and there are tons of exciting ideas. For example, Airbus controls its unmanned airship Altair from a distance of up to 250 kilometers, and drones can also be controlled via 5G to inspect pipelines. Autonomously driving cars can communicate with a parking garage via 5G and are parked autonomously.

Use Of 5G: From Healthcare To Football Stadiums

The 5G standard is set to move in quickly in healthcare. For example, a doctor could remotely give instructions to an emergency aid worker in the event of an accident. In the future, data will be transported in hospitals instead of patients. The ultrasound is then recorded with a small hand sensor on the bedside, and the results are transferred to the cloud in the clinical information system.

New ideas are also opening up in the sport. VFL Wolfsburg has equipped the Volkswagen Arena with 5G to offer the audience a unique live experience. They can point their smartphone at a player and receive real-time information about it as augmented reality, such as their duel values. Live events and e-gaming are merging into a new form of sport. Viewers can expect other similar applications at the Olympic Games in Tokyo, postponed to 2021. Network operator NTT Docomo has already announced a firework of ideas with augmented and virtual reality.

Many people who are currently holding out in the home office are probably asking: What effects does 5G have on my work and office jobs in general? The cloud is essential for remote work, but fast data connections are also necessary. 5G will take mobile working to a new level and work in the company’s office. Where a lot of data is exchanged with the cloud, small 5G campus networks – for example, in a building or perhaps just within one floor – can replace the rigid network with LAN cables and offer more flexibility.

Virtual Campus Networks On The Advance

One technology that is likely to cause a sensation in the coming years is virtual networks. Specialized hardware and software were built from a single source in the earlier generations of mobile communications networks. A virtual 5G network, on the other hand, is just software that runs on standard servers. This has the same transmission properties, but it is much cheaper, and, especially with campus networks, it is also ready for operation more quickly. And it reduces the users’ dependence on the system suppliers. This technology is prevalent in Japan. One of the first cloud-native 5G campus networks has the co-creation space Ens? in Munich, the European innovation center of the NTT Group.

ALSO READ: Enterprise Software: How To Improve The Usability