HomeCYBERSECURITYNFT Theft: This Is How Artists Are Massively Deducted
CYBERSECURITYTECHNOLOGY

NFT Theft: This Is How Artists Are Massively Deducted 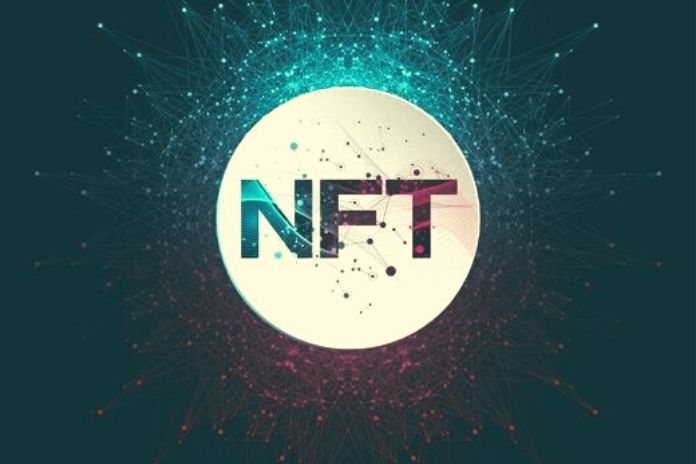 With the help of NFTs, digital artists should finally be recognized and, above all, fairly rewarded for their art. But often, the opposite happens. NFT theft, for example, ensures that copyrights are violated, and artists are massively withdrawn.

It’s not that easy for a digital artist to protect your creations on the web. After all, who can control whether a work of art that someone posts on Instagram is not downloaded by unauthorised persons and distributed elsewhere without the appropriate rights or even printed on T-shirts and sold for a profit?

Non-fungible tokens (NFTs) keep promising to solve the problem of art plagiarism. After all, artists can earn money with it. Digital artists like Beepl have received millions for their works. However, the opposite also happens with NFTs. Works of art are boldly stolen and sold for large sums, and the artists themselves get nothing.

This is a trend that the NFT Thefts initiative drew attention to a few months ago. According to this, NFT theft is as old as the non-fungible tokens themselves. But due to the current NFT hype, the problem has become more dramatic.

This is a lucrative market because the tokens are currently so exciting, and buyers spend so much money on them. The largest NFT platform, Opens, was recently valued at $13.3 billion.

Such values ​​make NFT theft much more attractive for criminals.

A particularly striking case concerns the artist Aja Trier. She is known for her work inspired by Vincent van Gogh. She found in January that strangers were converting a total of around 86,000 of her images into NFTs and listing them for sale on the Open sea.

The open sea does not have a verification process for NFT sellers. In addition, the platform allows “lazy minting,” i.e., the creation of tokens without having to write them into the blockchain beforehand. This is only necessary after the sale.

But this is precisely what ensures that criminals steal works from digital artists, declare them as their own on the platform, and then offer the corresponding NFTs for sale. This affects Opensea and comparable websites such as Decentraland, Super rare, Mintable, and Raible.

It can be long before the affected artists find out that someone is distributing NFTs of their work without permission. And then they often face the following problem. You must ensure that the platforms remove your artwork yourself.

In the case of the well-known Dutch artist Lois van Baarle, she could have the stolen NFTs removed from Open Sea employing a high-profile tweet.

But for other sufferers who don’t have the same following as van Baarle.

Open sea, in particular, does not seem to be very cooperative. There is an online form that you can fill out. But that often seems to be ignored, as NFT Thefts has noted.

That is why the initiative recommends contacting Opensea’s host, Google, in this case. This often seems to be more successful and gets fake NFTs deleted faster.

But because artists don’t have time to scour the Internet for copyright infringement every day, NFT Theft also recommends a tool called Deviant Art. This automatically scans the Internet for possible plagiarism and can thus detect theft more quickly.

Artists can then submit their complaints to Opensea and Co.

To further speed up and simplify this process for those affected, businessman Mert Hilmi recently developed a technical solution. Together with two developers, he created the website Sniffles NFT.

The site uses an automated image recognition program. The program automatically sends a removal request to the affected artists as soon as the program detects copyright infringement. The tool is still in the beta phase. But the first tests have been successful.

There is also an online petition to force Open Sea to establish a verification process to apply even more pressure. Such a process would make it more difficult for criminals to commit NFT theft.

Other platforms, such as Raible, have already introduced such a system. Raible relies on human interaction to detect fake NFTs.

Users have the option of being verified by human moderators, for example, by linking their social media profiles. This allows the moderation team to check whether the artists themselves and then assign a verification tick accordingly.

For buyers, these signals behind an art NFT are the creators themselves. Raible told The Verge that since the introduction of this system, allegations of plagiarism have fallen by 91 percent.

An even more comprehensive technological solution would be to verify users and their art contributions via the blockchain. However, the large NFT platforms have not yet offered this comprehensively.

Meanwhile, artists are also using legal avenues to take action against NFT theft. The first class-action lawsuits have already been initiated in the USA. However, this requires that artists not complain about plagiarism on the Internet but let the sales go through.

Only then can a loss of income and specific damage be asserted in court. That would at least ensure that the complaining artists would be compensated. But that would not change much in terms of plagiarism, and the NFT platforms themselves would not be liable either.

Until a solid legal basis is formed here, creators will be at a disadvantage for the time being. And even then, some artists remain sceptical about NFTs.

Because if, for example, changing a few pixels in work were enough to circumvent copyrights, the artists would not be helped either.

Therefore, the art community is divided on dealing with NFT theft. Some no longer create digital art at all for security reasons. For the time being, they only rely on offline art and hope that the NFT hype will die out quickly.

However, this is not a good solution for pure digital artists. As a result, some have moved to post their art on more secure platforms such as Foundation. Users can only use this NFT exchange with a personal invitation.

But most of them agree on one point. No matter how you feel about non-fungible tokens, the brazen NFT theft ultimately harms all digital artists.

ALSO READ: Ones Are Designed To Save You From Unnecessary Scrolling