HomeSOFTWARENo-Code And NLP: How Cloud-Based Software Can Relieve Developers
SOFTWARETECHNOLOGY

No-Code And NLP: How Cloud-Based Software Can Relieve Developers 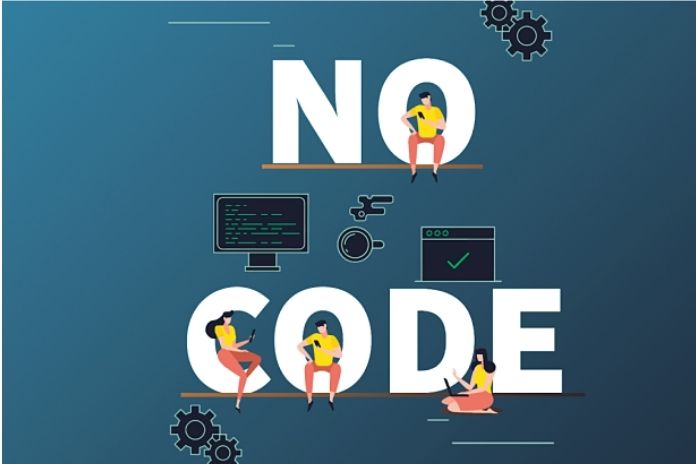 Tools for no-code and natural language processing are becoming increasingly important in software development. Guest author Carsten Riggelsen from AllCloud explains how employees without programming knowledge can use it to advance their company’s digital transformation.

The interaction between man and machine often follows a pattern: At the beginning, new developments are complicated, expensive, and operation is a matter for experts. Innovations then continuously make them more accessible until laypeople can also use the latest technologies. The machine is adapted to the natural ways in which humans interact. We no longer interact with punch cards with a computer but with a mouse, keyboard, pen, touch or voice. New technological approaches such as No-Code and Natural Language Processing (NLP) can revolutionize the business world.

Startups developing tools for no-code are springing up like mushrooms and are being generously endowed with venture capital as they help satisfy the ever-growing hunger for software. Because no-code reduces the hurdles to developing new software: Easily understandable user interfaces serve as development environments within which, for example, individual applications can be created from prefabricated modules. Recommender algorithms also provide support with further recommendations, similar to “Apps that use this function also use …”

In the meantime, robots can even be programmed by using a particular solution that records the movements and actions of a person and uses them to create the code for the robot movement. A robot arm only needs training movements, for example, to solder, punch and screw in the proper order and the right places.

The well-known intelligent assistants have been working on call for a long time. They recognize and interpret simple verbal commands. With the computing power from the cloud, much more complex tasks can now be carried out, such as extracting information from complex amounts of data that would otherwise require queries in code. For example, there is an add-on to business intelligence software that runs in the cloud of a well-known hyper scaler that enables precisely that: users can query data in natural language.

You can’t just do this with ready-made questions and sentences or specific syntax. The add-on can process different speaking habits and industry-specific expressions and contexts because intelligent technologies convert natural language into queries that deliver the results that are searched for. So instead of waiting weeks for business intelligence analyzes, data-driven findings can be called up ad hoc and without prior technical knowledge.

No-code and NLP are revolutionizing the way employees are involved in the digital transformation of companies. While no-code lowers the entry barrier for creating software, NLP paves the way to data democratization. This development is progressing rapidly, as the business mentioned earlier intelligence example shows: The interaction in natural language with the robust IT systems of a leading hyper-scale is an absolute game-changer. Because access to valuable information is difficult in the company, competitive disadvantages arise. This is where the Citizen Data Scientist enters the company’s internal stage. Now data analysis is also possible without much-asked and busy experts. In increasingly data-driven business models, this becomes more important with each byte stored.

No-Code makes the toolbox of the developer access to users. A development team may need months to develop an application. On the other hand, an innovative citizen developer can use no-code tools with a small budget to set up applications that specifically address their daily pain points. Companies can leverage the innovation potential of their employees directly where the applications are used regularly.

But people will also be needed in the future for the most complex tasks. There is still demanding work involved in software and data analysis, as in training an algorithm. No-code and natural language processing relieve developers and data scientists of tedious, more straightforward tasks, and they can focus more on the important work that moves their organization forward.

The advantages show that it is worthwhile for many companies to introduce No-Code or NLP as part of the digitization strategy. However, the solutions required for no-code or NLP are increasingly relying on cloud computing for hyper scalers. Cloud migration, therefore, lays the foundation for benefiting from these innovations. And then expertise in dealing with the solutions of the hyper scalers is required to operate the current applications and set up new ones. If there are no internal experts available for cloud migration, operation and setting up new apps, companies should look at cloud enablers. In today’s world, it is worthwhile to acquire such skills via outsourcing.

ALSO READ: Capital Group: 5G Will Change The World But In Phases