HomeTECHNOLOGYWindows 7: Why Is The Operating System So Dangerous?
TECHNOLOGY

Windows 7: Why Is The Operating System So Dangerous? 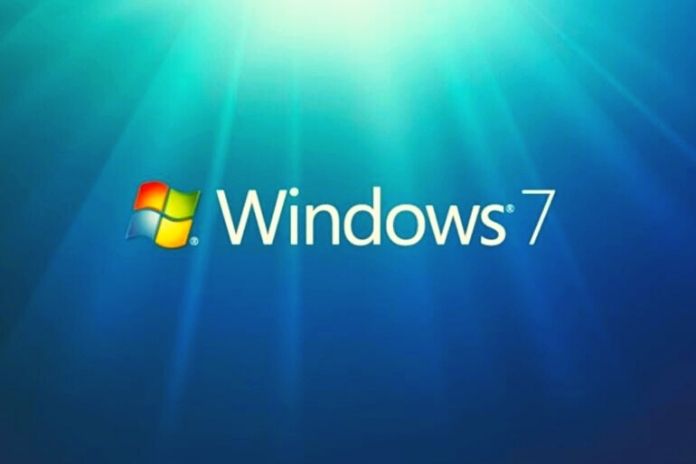 Microsoft stopped supporting Windows 7 a year ago. Nevertheless, an alarming number of computers still running with ancient operating system. That’s why it’s dangerous.  Windows 7 should no longer be an issue. Finally, Microsoft stopped supporting the operating system about a year ago. This means that devices with the ancient system have not received any security updates since then. Open security gaps in the software are not closed accordingly.

The Frightening Thing About It: A current overview from Statcounter shows that the market share of computers with Windows 7 worldwide is still around 18 percent. All of these users surf it at their own risk – and that’s not a good idea for several reasons!

Windows 7: Hackers Had Plenty Of Time To Discover Security Flaws

Typically, hackers need to act quickly when discovering a vulnerability in an operating system. Because with the first attacks, both users and manufacturers become aware of this and try to close these gaps and make the devices secure again.

However, if an operating system is no longer supported, this no longer happens. This means that criminals have the time and leisure to dismantle the systems and open up new loopholes with which they can crack sensitive data, such as your passwords or account information.

With Windows 7, this is worthwhile because there are still so many users in the world who have installed the operating system. So hackers can still smell prey here. Even the FBI has warned against increased attacks on devices with Windows 7.

Existing Security Gaps Were Not Closed

It is even easier than finding new gaps to exploit old, known gaps. These are present in Windows 7, such as problems with the remote desktop protocol or the Wannacry malware. Microsoft has released updates for it. However, if users have not installed these in good time before the support for Windows 7 is switched off, these gaps are still wide open. This makes it easy for hackers to access these devices and sensitive information.

Windows 7 May Be Violating GDPR

It is also dangerous to keep using Windows 7 because it may violate the GDPR. The General Data Protection Regulation requires that users consider the “state of the art” under the conditions of “Privacy by Design.” Some experts, therefore, believe that an outdated operating system could violate this requirement.

I Still Have Windows 7, What Can I Do?

If you now find that the outdated Windows 7 is still running on your device, you should act as soon as possible.

How Can I See Which Operating System I Have?

It is relatively easy to find out if you are not sure which operating system your computer is running on. First, go to “Computer” in the search field on your start screen to do this. Then click the right mouse button on the application with the computer symbol. Then select “Properties.” Here, you can find information about your computer’s operating system under “Windows version.”

The steps may differ slightly depending on your operating system. On the Microsoft support site, you can find the steps for Windows 7, Windows 8.1, and Windows 10 listed. For companies, there is still a tiny grace period from Microsoft. In this case, Microsoft allows you to receive (paid) updates until 2023.

This is no longer possible as a private user. In this case, you should first try to run the Windows 10 update on your computer. Microsoft provides a free Windows 10 update wizard for this purpose. The software first checks whether your device is suitable for an update and then installs it.

If this is not possible, you could try to completely reinstall Windows 10, for example, using the Microsoft Media Creation Tool. If that is not possible, you should consider buying a newer computer with a corresponding license or a newer operating system. Even if you have to spend money on it first, you save yourself the hassle and potential damage that you could otherwise have from a hacker attack on your Windows 7 computer.

ALSO READ: Cloud Strategy: This Is How Companies Say Goodbye To Vendor Lock-In