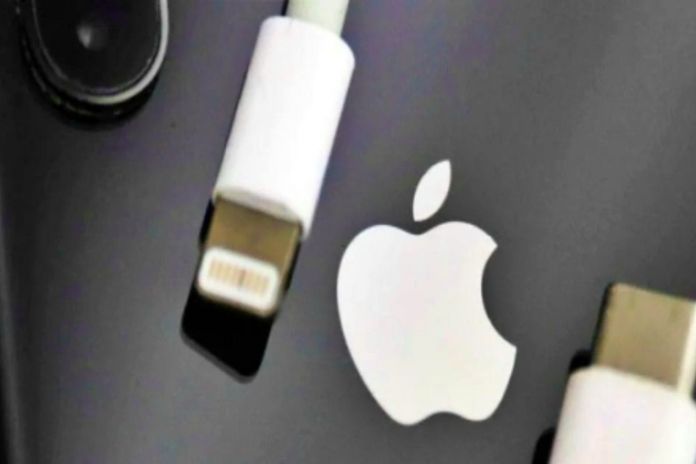 The tech giant will have to adapt cell phone lines , which provides for the end of the Lightning connector. iPhone 15 with USB-C ports may be closer to reality than you might think.

That’s what Apple’s senior vice president of worldwide marketing, Greg Joswiak, suggests during an interview with The Wall Street Journal. When asked about the need to adopt cell phones, he replied: “Obviously, we will have to agree. We have no choice”. The speech concerns a law enacted this week requiring the format on all devices from 2024.

In this case, the Cupertino giant should adapt to the requirements as early as next year with the launch of the iPhone 15. Despite having no choice this time, Joswiak pointed out that Apple has resisted these attempts at standardization for years, ever since management tried to unify inputs around the micro USB standard, which is now outdated.

What is known, for now, is that the manufacturer tends to adapt to the new cable standard. The question, however, is about the distribution of models with USB-C input. The company may choose to market them only in the region, as it did with the e-SIM exclusive to the United States, in the case of the iPhone 14.

Among the concerns highlighted by the executive is the production of electronic waste that the reformulation can generate. The environmental issue has been heavily punctuated in Apple’s speeches, at least since the decision to reduce the box and remove the charger was announced.

The Tactics Of Tech Giants To Reduce Environmental Impact

Apple wants to cut the energy consumption of iPhones and other devices. The company has committed to several initiatives, including Amazon and Microsoft.

Apple announced plans to neutralize the environmental impact of carbon emissions throughout its production chain by 2030. In addition to directly impacting environmental preservation actions, the measure can save the lives of more than 1 billion iPhone users who, in theory, will need to worry less about reducing the carbon footprint left on the environment by the use of their devices.

Reducing energy consumption is seen as a way to reduce emissions at the beginning of the chain, as global energy production is not mostly sustainable. In this way, by consuming less energy, the consumer would be contributing to emitting less CO2 into the environment.

According to Apple, the company’s devices will need less and less energy to work, which can encourage fewer recharge cycles and, consequently, less energy consumption. In this way, the company plans to contribute to the mission of neutralizing emissions even after selling the product to the customer.

The measure may seem simple, but it can have extraordinary potential for the world given the scale of the company’s business – of iPhones alone, it is estimated that there are 1 billion units spread worldwide.

Before, the company had already, in a controversial decision, stopped providing a charger in the iPhone case. Despite claiming that the measure would reduce the volume of packaging to reduce the ecological footprint of the transport network, in addition to reducing the amount of electronic waste in the world, consumers complained about the initiative to the point of Procom ordering the supply of the accessory. Therefore, the announcement of new plans to go to zero emissions sounds like a response to these criticisms.

Internally, the switch from entry to chargers can interfere with revenue, as accessories purchased separately generate a significant financial return to the brand. With the adaptation, the apple company will lose the exclusivity of the entry, known as Lightning, to adhere to a format well-known among Android users.

USB-C input for iPhones is not a new topic in the mobile device industry. In addition to the Indian Union, other regions, such as the United States, are studying the standardization of the charger format – with a preference to adhere to type C.

The subject arouses curiosity in consumers to the point of moving high bids in the auction of an experimental model of the apple cell phone with the famous entry between devices with the Google system.