HomeBUSINESSIndustrial Jobs: What Keeps Skilled Workers In A Company
BUSINESSTECHNOLOGY

Industrial Jobs: What Keeps Skilled Workers In A Company 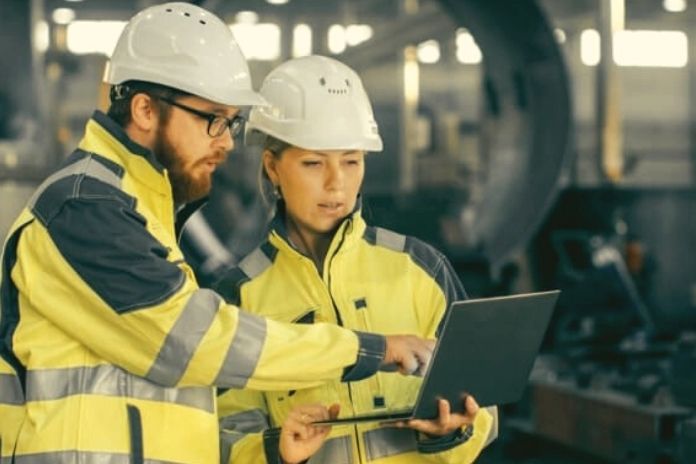 Industrial Jobs: As a new study by Parable of employees in production shows, access to modern technologies has a decisive influence, on the choice of employer. The corona pandemic is leaving its mark on the labor market ever more clearly: On the one hand, many jobs were lost, especially in the low-wage sector. On the other hand, well-trained specialists in numerous industries are increasingly thinking about changing or reorientation.

The USA is recording a real wave of layoffs under “The Great Resignation.” But companies in many other countries also fear that it could affect them. Against this background, the study “The State of the Connected Frontline Manufacturing Worker, 2021” shows that more urgently needs to be done to attract and retain young people for industrial jobs.

The report illuminates employees’ perspectives in production, maintenance, and occupational safety regarding their professional environment and the use of technology in the workplace. Parable also examined the effects of the ongoing pandemic. The study results underline how important technical equipment is for industrial jobs and their attractiveness. Forty-five percent of the production workers surveyed in India, Germany, France, Spain, Great Britain, and the USA said they could imagine changing employers for a more modern, digital environment.

The respondents also include the provision of mobile technologies in such an environment. This includes a smartphone or tablet to get the job done better. Currently, an international average of 41 percent of the survey participants states that their company provides such digital tools.

The desire for more digital support hits companies at a time of massive upheaval. In the US, it is estimated that up to 2.1 million industrial and manufacturing jobs will remain unfilled at the same time. Younger generations need to be convinced that industrial jobs are a future-oriented career choice. This connection is becoming increasingly important internationally.

The study by Parable also shows how important the equipment of industrial workplaces is. Half of the respondents between the ages of 18 and 24 and 60 percent of the 25 to 34-year-olds say that access to technology plays a role for them when they change jobs. At the same time, younger workers, in particular, are not so strongly attached to their company: In all countries, 29 percent of those questioned between the ages of 18 and 24 plan to stay in their current position in production for less than two years; in Germany, it is even one in three.

Even in the highest age group from 55 years of age, attractive technical equipment in industrial workplaces is a reason for 41 percent to change employers. This makes the topic even more important for attractiveness as an employer than in other countries. And the older generation in this country is less attached to their job than their colleagues in the USA or other European countries: While the international average of 65 percent of those surveyed aged 55 and over have been in their current employment for ten years or more, this is the case only to 45 percent of the oldest employee group.

“It’s clear: Manufacturing workers want digital technologies that help them do their jobs better. This applies across all age groups but is particularly true of digital natives. They are of crucial importance in closing the looming labor shortage in the manufacturing industry,”. “If manufacturers want to attract and retain young talent for the important tasks in production, they have to provide mobile, digital tools and training opportunities on-the-job – in the formats that millennials and Generation Z are used to using.”

Industrial Jobs: This Is What Skilled Workers Want

According to the survey, many companies have introduced new technologies that make work easier for their employees due to the pandemic. Across all countries, the rate here is 42 percent, as is the case. The tools introduced include, in particular, digital tools for collaboration . This is followed by digital work instructions and mobile devices by a large margin.

So there is still a lot to do for industrial companies. When asked which tool employees would prefer to convince their company to introduce one, almost half opted for digital work instructions—followed by mobile devices and digital tools for better collaboration . In contrast, only 22 percent were in favor of more robotics. And only 14 percent of the study participants would like more wearables such as data glasses.

Although today’s production facilities are far more technologically advanced, workers, technicians, and machine operators follow workflows, and working together has hardly changed. The vast majority of respondents in all countries still use all or part of the paper to follow instructions and keep track of their work. When communicating with other team members, most respondents worldwide rely on oral, face-to-face communication and the telephone . However, neither offers the same transparency and traceability as digital channels. And all of this, although 80 percent of the study participants say they have no concerns about using digital tools.

“The pandemic and the labor shortage that partly resulted from it have shown how important flexibility is in the value chain. Companies that do not adopt new technologies face a significant competitive disadvantage. The same goes for those who don’t rethink the way they hire, train and educate,”. “If we equip the people who are at the center of production with digital, networked tools, this strengthens the supply chains – and at the same time improves the everyday work of the employees. And that is more important today than ever. “