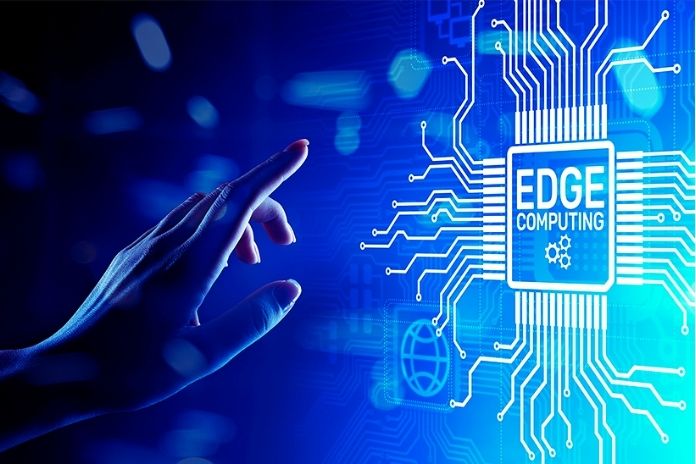 Process data where it occurs. In contrast to cloud computing, the computing load in mobile edge computing moves directly, to where it is happening. Sufficient bandwidth and low latency are prerequisites.

Vast amounts of data are analyzed and evaluated in the data centers. The computing load of a data center takes place at a central location. But in times of networked industry and increasing networked traffic – keyword V2X and the communication of vehicles with their environment – data traffic will continue to rise sharply in the coming years.

A data center is not always and not everywhere in the immediate vicinity. If data is to be evaluated quickly on-site on a machine or in a vehicle, appropriate computing power is required at the location where the information is generated. This is where edge computing comes into play. Because large amounts of data are generated in networked industry or mobility. The keyword is the Internet of Things ( IoT ).

What Is Meant By (Mobile) Edge Computing

With edge computing, the functions of cloud computing and the IT service environment migrate to the edge. So at the place where the computing power is needed. In other words: computing power, applications, data, and related services are shifted from central data centers to the application.

This makes real-time processes possible. Sufficient bandwidth and low latency times are essential here. The best-known and most important applications of edge computing include, for example, predictive maintenance and quality assurance.

Thanks to a well-developed nationwide mobile network, edge computing is changing to mobile edge computing. We are now talking about Multi-Access Edge Computing (MEC). The MEC grew out of the ETSI (European Telecommunications Standards Institute) initiative, which initially focused on placing edge nodes in the cellular network but has since expanded to include the fixed network (or eventually the converged network). A MEC network can be built not only from one or more cellular networks but also from WiFi and cable-based networks. It thus covers all available network technologies.

In February 2019, the IT service provider Cisco Systems published a forecast for the monthly data traffic from portable devices in mobile networks worldwide from 2017 to 2022. According to Cisco, M2M data traffic in mobile communications will grow to more than 1,700 petabytes per month by 2022. A lot of data is already flowing via mobile phone networks today. The German mobile phone providers alone had a data volume of around 3.97 billion gigabytes in their networks in 2020. tendency further increasing.

IoT and edge computing enter into an extraordinary symbiosis. A typical IoT device sends, receives, and analyzes data in a continuous feedback loop. The data is diagnosed either by humans or using machine learning methods. The so-called edge devices are the data-generating devices that collect and evaluate data.

Companies use the Industrial Internet of Things ( IIoT ) to collect as much machine data as possible. The aim is to control production precisely and better and keep expensive downtime to a minimum. It is possible to generate, analyze, and ultimately store high-quality data directly at the measurement location with high-performance edge devices.

Relevant data can only be meaningfully collected if they are pre-filtered. This is only possible with sufficient computing power at the edge.

There is no “killer application” for MEC. A good example is networked traffic (V2X) mentioned above. For instance, in autonomous vehicles, MEC can provide information about road infrastructure, the position of pedestrians/other cars/animals, or weather conditions directly to the vehicles. An interface to central cloud servers is no longer necessary.

A combination of MEC with artificial intelligence ( AI ) and machine learning ( ML ) methods enables autonomous vehicles to perceive their surroundings in real-time. Low latency is a requirement. Because only if data is analyzed and evaluated on-site (at the edge) is it possible to operate autonomous vehicles safely.

A comparatively large amount of data is generated with augmented (AR) and virtual reality (VR). For example, field workers at industrial plants are enabled to maintain and repair machines and systems on-site. The respective field worker is then connected via MEC via a headset or mobile device and can have extensive information on a specific procedure that he is currently repairing shown on display.

Another example is complex 3D models. The computing power on mobile devices is insufficient to render the models or create them in the cloud. Because the latency is too high for that, with MEC, the data can be processed, and the 3D models are rendered outside the device. Other application scenarios for MEC are the gaming industry (cloud gaming), drone detection, and video analysis.

Low Latency And Bandwidth: This characterizes the 5G mobile communications standard. For this reason, MEC was integrated into the overall 5G concept from the start. Only with MEC can the various 5G application profiles mMTC (Massive Machine Type Communication), eMBB (Enhanced Mobile Broadband), and uRLLC (Ultra-Reliable and Low Latency Communication) be fully implemented.

It can also make sense not to carry out performance-intensive computing activities in an end device. So in a vehicle, a machine, or an infrastructure component. An edge computing device is within a network so close to where the data is generated that response times of a few milliseconds can be achieved.

The edge computing device preprocesses the data between the end device and the cloud. This makes it a secure and standardized environment for implementing customer-specific tasks. This ensures that mobile end devices do not become more and more complex despite the ever-increasing range of functions and that energy consumption, weight, and, last but not least, costs can be minimized.

On average, cars stand still for 96 percent of their lifetime – this is where the load distribution advantage of edge computing becomes very clear: you don’t necessarily have to install expensive components in every vehicle but instead shift the logic to an edge computing device that can serve a large number of cars.

Another example of 5G in action is agriculture: 5G enables one sensor per square meter of a field to transmit real-time data on soil moisture. This makes it possible to irrigate fields in a targeted and precise manner.

More and more applications rely on mobile data processing on site. In addition to the corresponding computing power, this also requires broadband networks such as 5G.

ALSO READ: The Return Of The Multi-Purpose Database