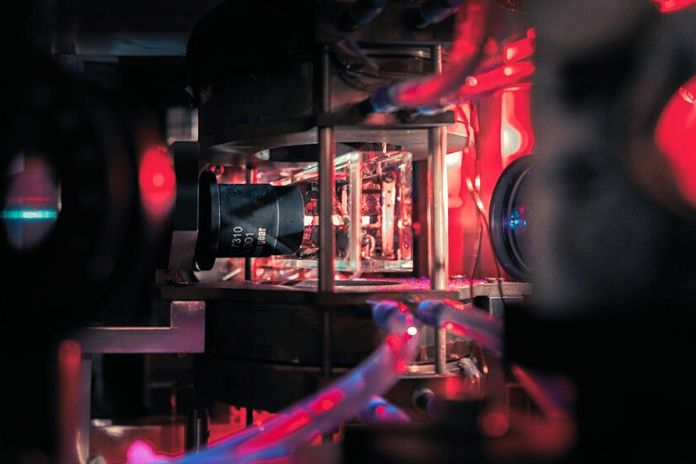 At the LMU in Munich, researchers have successfully transmitted data via an entangled atom for the first time. The so-called quantum internet is thus moving a little closer.

In which direction are computers developing? Countless researchers are investigating this question. Since the invention of the modern computer, the actual concept has hardly changed. The command is interpreted as 0 (off) or 1 (on) depending on whether the voltage is present. All arithmetic operations are then based on this.

But how can this concept be further developed? The solution lies in quantum computers. To fully explain how it works would go beyond this article. What is essential, however, is that in the future, quantum computers will communicate via small particles such as atoms. When two particles form a connection, this is called entangled.

At Ludwigs Maximilian University, in cooperation with Saarland University, such an entanglement over several kilometres has been achieved for the first time. For this purpose, two optically trapped rubidium atoms were used. Two labs on campus each housed one of these atoms.

The data was transmitted via a fibre optic cable below the Geschwister-Scholl Platz. A quantum network consists of many individual nodes, the quantum memories. Ions, crystal lattices or the atoms used here are used for this.

During transmission, communication similar to that of telecommunications networks was achieved. Although the efficiency still needs improvement, it has already reached record values ​​​​of around 57 per cent. And this is how the transmission happens: A laser beam excites atoms so that they spontaneously fall into their ground state, and each emits a photon (a light pulse).

This travels through the fibre optic cable and is received and interpreted by the atom on the other side. This form of communication is currently secure from external attacks and offers a secure communication medium.

It should be clear that this has many advantages and disadvantages. Nevertheless, the approach impressively shows how complex the matter is. So far, information has travelled a distance of 33 kilometres. It will probably take a while before we get to an international broadcast.