The New iPad Pro Is Here: Do We Still Need MacBook? 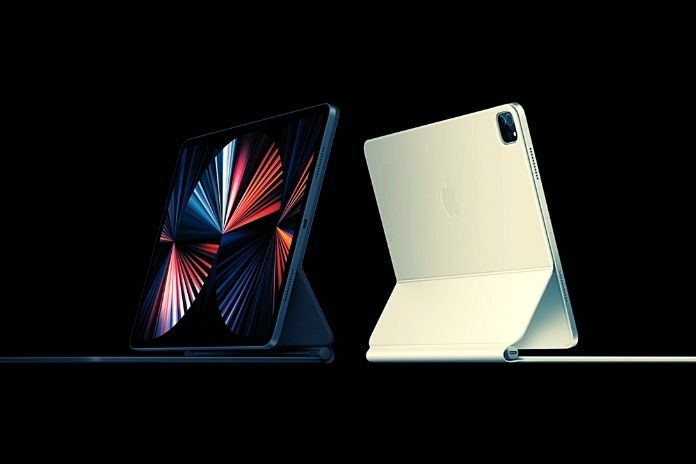 Apple has equipped its new iPad Pro with a lidar scanner for distance measurement. In addition, the Magic Keyboard now comes with a trackpad. Thanks to iPadOS 13.4, we will soon operate older models with a mouse and trackpad. Do we still need MacBook’s at all?

Despite the ongoing coronavirus pandemic, Apple has completed production for the new iPad Pro, MacBook Air, and Mac Mini. The new hardware can now be pre-ordered. Visually, the iPad Pro has hardly changed. The device still has a Liquid Retina display in 11.0 or 12.9 inches. The front hardly differs from the older model.

The back, however, impresses with a new dual camera. In addition to the well-known wide-angle camera with twelve megapixels, the new generation now also has an ultra-wide-angle camera with ten megapixels. And technically, a lot has happened as well. Apple has installed a lidar scanner for distance measurement, which is used primarily in augmented reality applications.

That all sounds very interesting. But the iPad Pro itself isn’t the most significant change at all. The operating system update to iPad OS 13.4, which will support a new Magic Keyboard in the future, is fascinating.

This keyboard has both a keyboard and a trackpad. Thanks to iPadOS 13.4, we can now control the iPad Pro with a trackpad or mouse. And this also applies to older models that receive the update. The Magic Keyboard’s new keyboard is even illuminated. Thanks to it, we will also be able to charge the tablet via USB-C in the future.

Do We Still Need MacBook’s?

The iPad Pro should be available from the end of March 2020. We’ll probably have to wait until May 2020 for the Magic Keyboard. So if we can soon control our iPad like a notebook – will we still need MacBook at all?

In addition to the iPad, Apple also introduced a new MacBook Air and a Mac Mini. The MacBook Air is equipped with a scissor mechanism keyboard, which we already know from the current MacBook Pro. The problematic butterfly keyboard is a thing of the past.

In addition, more powerful processors are installed in the new MacBook Air. The graphics performance should also be 80 per cent higher. Only the Pro models still have a touch bar. The fingerprint scanner Touch ID is installed. The question now is: What can a MacBook do today that an iPad Pro cannot? Of course, this question can only be answered competently after a corresponding test.

But even if the new Apple tablet can keep up with a MacBook in terms of performance, there are still a few reasons that speak in favour of Apple’s notebook.

Easier To Use In Everyday Life

If you work a lot with your iPad or MacBook, you should ideally also use a suitable screen to ensure an upright posture. So far, an iPad has not been as easy to connect to a monitor as a MacBook. Handling Apple’s notebook is much easier and more pleasant. In addition, the iPad has a mobile design. This can also become quite tiring in the long run if you are not used to it and work a lot with web-based applications.

Of course, if you travel a lot, the iPad scores a plus point in terms of weight. However, the question is what you need your iPad or MacBook for. For authors and journalists, the Apple tablet is unlikely to be a satisfactory alternative to the MacBook. We will soon be able to control it with a mouse. However, handling the notebook should still be more pleasant.

Should The iPad Pro Replace A MacBook At All?

For this reason alone, it is reasonable to assume that the iPad Pro cannot and should not replace a MacBook at all. After all, Apple would be stupid to pursue this claim – otherwise, an entire product family and thus very high income would be lost.

The Apple tablet is often the better choice, especially when you’re on the go. On the plane, on the train or in a cafe: it is easier to transport and, depending on the task, can also be used just as well as a MacBook. The MacBook should still be the better choice for use at the desk, especially for journalists and the like – despite the Magic Keyboard and trackpad.

ALSO READ: Interactive Showroom For Companies: How It Works