This Is How The Spotify Algorithm Works 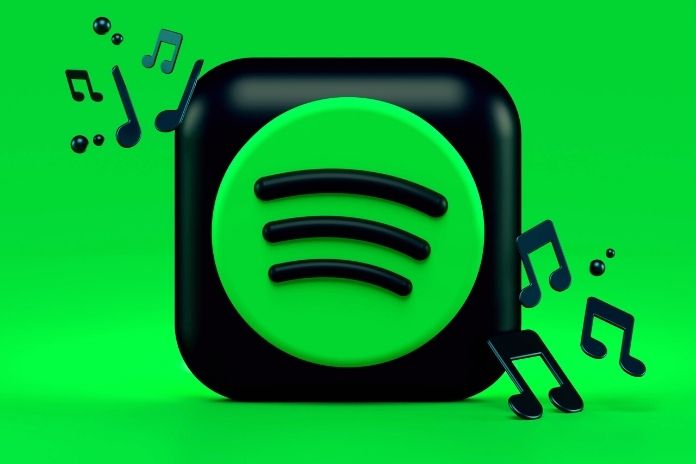 Spotify: Algorithms sometimes know more about us than we do ourselves. This is particularly the case with streaming services. That’s why we want to explain to you how the Spotify algorithm works and why it is changing the music industry forever.

Brief historical review: Spotify – better than its predecessor Echo Nest  – originally arose from a doctoral thesis by two MIT graduates – namely Tristan Jean and Brian Whitman. Their goal was to dissect and separate each piece of music to make it analyzable.

To get these small pieces of the puzzle, they evaluated several million songs with the help of artificial intelligence (AI). The program managed to filter out conformities independently. These are fixed structures within different music genres. Around 60 people are currently working at the headquarters in Somerville, USA, on the Spotify algorithm, which has always been called Echo Nest.

How Does The Spotify Algorithm Work?

Any user will underline that the Spotify algorithm successfully suggests suitable music tracks and attractive playlists. At the moment, it works with three main components.

Spotify creates a so-called personal “taste profile” for each user. This summaries which songs, albums, artists, playlists, and podcasts everyone listens to. Location of use and duration, as well as frequency, are also recorded. The Spotify algorithm summaries this data in the user’s Taste Profile and compares it with other subscribers. So if there are frequent overlaps in the amount of data, users will be shown songs from other users in the “Discover Weekly Playlist.” Accordingly, playlists that many followers hear also appear more frequently in the corresponding Discovery Weekly folders.

The Spotify algorithm also examines individual parameters of the songs. The jigsaw pieces mentioned at the beginning are, among other things, the timbre of the song, the instruments used, the tempo, and the highs and lows of the piece of music.

Spotify has been using an AI for the complex analysis of these parameters since 2015, which currently breaks down the songs into over 1,500 different genres. The Spotify algorithm also takes regional differences into account. You may have already noticed this phenomenon as a user: Spotify sometimes spouts out nonsensical song suggestions. This has to do with the genres of the pieces of music, which also seem pretty irritating.

Emotions Are Part Of The Analysis

Another essential parameter that plays a role in the analysis is the songs’ emotions. So Spotify differentiates between happy and sad songs and those that sound melancholic. Many experts see this classification as critical. Because every user most likely associates different feelings with a particular song. Associations, memories, or the current individual emotional state are also responsible for how we feel about a piece.

The Spotify algorithm helps here, too: If a particular song appears more frequently in a playlist spiked with love songs, the AI ​​concludes that it is also a love song. Isn’t this conclusion too short-sighted? In any case, one thing is sure: the algorithm is getting better and better thanks to machine learning.

Not surprisingly: The Spotify algorithm continuously scans the entire network for clues to assess a specific song. Everything revolves around the question of how a song is received. Spotify uses blog articles, comments on websites, Facebook or YouTube, and tweets to do this. The algorithm analyzes each opinion, puts it in relation, and records an exact statement on each song.

Spotify learns how a song is received in the network community within a few days and whether it is recommended. This collected data then determines the discover function and other recommendation formats from Spotify.

But Spotify doesn’t make it that easy. The platform is well aware that our taste in music cannot be entirely determined based on specific parameters and collected data.

That’s why Spotify editors and music connoisseurs have been filling an expanded editorial playlist since 2019 with new songs by new artists. The aim is to give hitherto unknown musicians a chance in the individual countries.

In the future, the Spotify algorithm will be able to suggest pieces of music to our subscribers based on our current situation. If we’re on the train to work at 7 a.m. sharp, the platform could suggest songs that fit precisely. Or in the afternoon, when we’re on our way to the gym: the Spotify algorithm can then remember the times and recommend appropriate music regularly.

Imponderables remain: Because we as individuals are too unpredictable, Spotify can suggest exactly the right music for us at any time of the day or night. But one thing makes us shudder: Spotify is getting better and better at predicting what individually tailored media usage may look like in the coming years.

ALSO READ: Welcome To The World Of Reseller Hosting