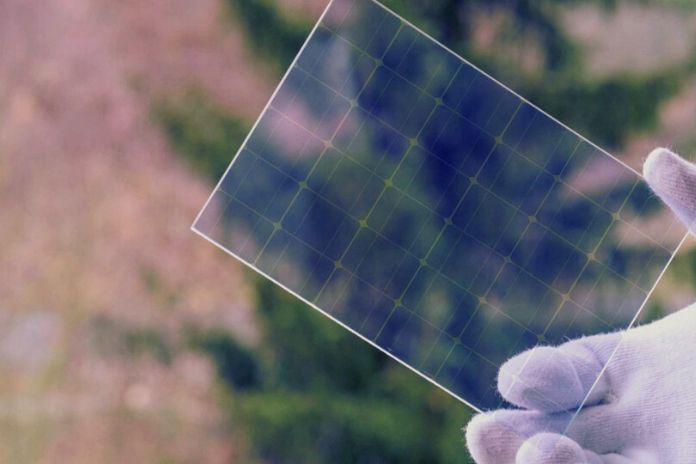 Researchers from Japan have developed a solar cell with a particular atomic layer that makes it almost invisible. Due to its high transparency can theoretically be attached anywhere – even on car windows or human skin.

In the past few decades, solar technology has become particularly attractive. Since 2006, the prices for photovoltaic systems have fallen by around 75 percent. The reasons for this include technical progress and higher production capacities. But even here, we are far from having reached the end.

The solar systems still have a relatively low level of efficiency. Alternatives such as perovskite cells could soon replace the technology. However, scientists worldwide are researching other possible uses for the technology.

In Japan, researchers have now developed an almost invisible solar cell with an exceptionally high level of transparency. Use in windows, car windows, or human skin is conceivable.

The Efficiency Of The New Solar Cell Is Significantly Higher

In the past, hardly any materials were explored, making the current breakthrough possible. However, the invisible solar cell was successfully developed through the targeted manipulation of the contact barrier between indium-tin oxides.

Indium tin oxide is one of the most widely used transparent oxides. The cell became transparent and conductive by adding a thin layer of tungsten oxide.

Another Positive Side Effect: The efficiency with which incoming UV rays are converted into energy is around 1,000 times higher than with classic indium tin oxides. So it seems that the novel solar cell promises a high potential for future use.

Although researchers know how to produce the new cells, it will still take time before they can be used commercially. First, it must be evaluated how the technology can be used in a solar panel. Only then does the scaling follow?

Should the invisible solar cell make it to market, it could convert almost any surface into a small power plant. With a transparency of 79 percent, the darkening of a room when used in a window is minimal. Ultimately, however, the price also plays a role in competing with conventional solar cells.